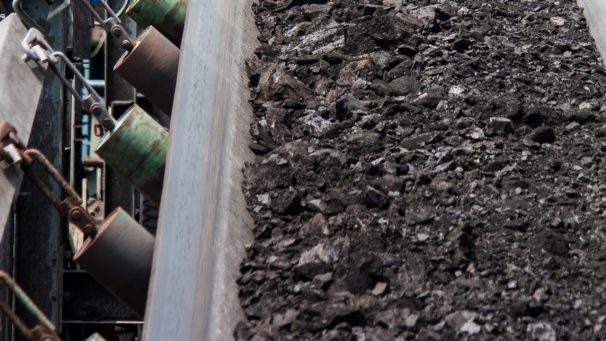 How the next generation digital revolution will reshape the energy industry

When it comes to digital transformation, BP’s upstream CEO Bernard Looney totally “gets it.” And he gets it because he sees the value to the upstream—and not just because of low oil prices. It is because Looney recognizes that, to create a sustainable company for the future, you have to evolve and transform, said Morag Watson, BP’s Vice President of Digital Innovation.

“He has been a huge proponent and enabler for people within the upstream organization—across the company in fact—to embrace digital,” Watson told moderator Cassandra Hogan, National Sector Leader, Power & Utilities, KPMG Australia. “He’s creating an environment where people can go and try new things.

We have a huge organization, and there are areas where there is still a lot of influencing to be done. I can’t emphasize enough the importance of having enlightened leaders across the organization from the top all the way down, who are able to show they’re not afraid, and that we should move into this brave new world.”

CenterPoint Energy is the local electric and natural gas company in Houston, serving about 2.5 million residential customers. The company also owns gas distribution companies in 6 states, as well as an energy services company that operates in 32 states.

Valentine Emesih, CenterPoint’s Vice President of Operations, Technology, and Market Systems, said the company’s digital transformation journey started right after Hurricane Ike, a huge storm that knocked out power for millions of people in 2008.“Houston’s mayor at the time, Bill White, along with the state legislature, basically ordered us to figure out better ways to make our infrastructure more resilient, provide better engagement for our customers, especially on the electric side, and enable the deregulated market here in Texas,” said Emesih. Shortly after the storm, CenterPoint implemented a new smart-energy delivery infrastructure, deploying 2.3 (currently at 2.5) million smart meters between 2009 and 2012 that were intended to provide a detailed and granular view of customer energy usage. “Typically, electric meters are read once a month,” said Emesih. “With the smart meters, we read 96 intervals every day. So, you are talking about thousands of data points—way more than we ordinarily get.”

And creating a digital intelligent grid enabled the company to improve its ability to isolate problems, such as when severe weather sweeps through the area impacting residential and commercial power. “The objective is to home in on where the issue is, isolate the issue, and restore as many customers as possible as quickly as possible,” said Emesih. “We’ve deployed all these digital technologies and we are in a state right now where we are consuming quite a bit of data.”

Let the mathematicians do the math

Speaking of extracting actionable insight in a rapidly digitizing business landscape, Woodside Energy, Australia’s largest independent oil and gas company, went down a relatively conventional path: hiring scientists, developing algorithms, expanding capabilities, and hoping it would all be additive to the organization’s goals.

“Woodside invested time, money, and resources initially but struggled to translate the analytics into workplace-accepted and used solutions,” said Mike Utsler, Woodside Energy Executive. “We had to reverse engineer, go back to basics, to be specific and selective about the problems we’re trying to solve, the data we require, and how to effectively and efficiently deploy technology in an IoT world to unlock the right level of information.”

They also stopped trying to teach their data scientists about oil and gas, actively giving them the freedom to do what they do best. “We want to keep them pure to the fact that they are mathematicians,” Utsler added. “They don’t need to know what industry they’re in. They don’t care. Not to be glib, but their ability to take data and convert it from an algorithm into a usable product is what you want.”

At Woodside, it’s about establishing a vision around a specific goal, about really getting inside a problem, whether it’s in exploration, development, production, or distribution. “From there, we say ‘prototype small, scale fast.’ That’s the catch phrase that’s become evergreen in our organization from big problems to small. You don’t want to reinvent the wheel every time. Look for where and how you can repeat processes across your organization.”

It’s no wonder with a topic as broad, timely, and thought-provoking that the conversation would push the limits of the time allotted. With literally three minutes for final closing remarks, Hogan challenged the panelists to offer one “short and punchy” tip for achieving success in our digital world.

Mike Utsler—“Be very clear as an organization on what you’re going to build versus what you’re going to borrow from the industry versus what you’re going to buy from partners who can provide and deliver services that are not in your wheelhouse. As a soundbite, be clear about your build, borrow, buy.” Morag Watson—“Don’t go for perfection. If you wait to get everything sorted out before you start moving, the game is lost already. You have to have a bit of faith and get going, and do it in a smart way by biting the challenges off in bite-sized chunks so you can modify direction as you go. For me, the key to all of this is speed to action.”

Valentine Emesih—“I think it’s important to be aware of all that is going on around you. And be conscious of going after too many shiny objects. You have to focus on the key areas that provide the highest value for your customers. It’s no longer only about the solutions that you provide, it’s as much about the questions that you’re asking. You’ve got to have the humility and skill to ask the right kinds of questions. This will help you identify the most relevant areas of focus.”