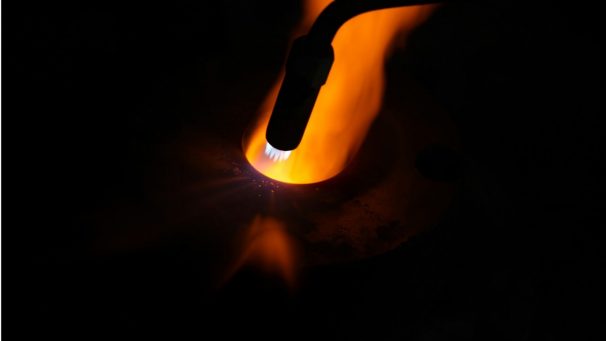 Walking onstage in a bright red dress, smiling broadly, Soledad O’Brien—recipient of multiple Emmy and Peabody Awards—looked the 2018 KPMG Global Energy Conference audience in the eyes and said “the energy industry does a terrible job of telling its story.” Strong words, but being the good documentarian she is, she put a pin in that burning thesis and proceeded to take a step back to establish some context around her point of view on the media and storytelling.

We don’t get to opt out

In 1958, when O’Brien’s parents met, interracial marriage was illegal in Maryland. In fact, an Australian man and Afro-Cuban woman like O’Brien’s Johns Hopkins-attending parents couldn’t be married in 16 states. But they were in love. So they drove to Washington, D.C., got hitched, and lived illegally back in Baltimore. It wasn’t until 1967 that the Supreme Court ruled that banning interracial marriage was unconstitutional.

“I used to ask my mom what it was like,” said O’Brien, the fifth of six children, all of whom went to Harvard. “After my older sisters were born in '60 and '61, she said people would actually spit on them as they walked down the street. But she would also say ‘we knew America was better, we knew there was a better place to get to.’”

It was an early life lesson that framed O’Brien’s ultimate view of how she should contribute to society, both personally and professionally. “As I became a reporter, I came back to that a lot. What's my role in helping America get to that ‘better place?’ Is it contributing to the screaming or is it telling stories in a different way? And I kept thinking about that, whether I was doing a documentary or in any of my reporting. That was really helpful to me, acknowledging our obligation to not opt out of things that can be messy and uncomfortable. We need to figure out how to tell those stories and contribute to a better narrative.”

Today, even as a professional, O’Brien admits to feeling frustrated by the tenor of the news we see on TV and social media, where there's seemingly very little in the way of complexity and detail and nuance—the things that make us human. “We're covering the 140, now 280 characters, we're covering the froth of the story, we're covering a headline,” said O’Brien. “And that has not only led to a lack of understanding, but also contributes to an increasingly polarized audience.”

From staple taker-outer to on-air reporter

O’Brien paid her dues to come to this realization. “When I started working in television news in 1987, I was hired to be the staple remover at WBZ-TV in Boston,” she said. “My job was to remove staples from bulletin boards on every floor of the office.”

Not the height of prestige for the former Harvard student, but she loved being part of the news team. O’Brien quickly realized she had an opportunity to influence the kinds of stories the station told. So she answered phones and pulled staples, but, like her mother, she always knew there was more, a better place.

By the time she got to San Francisco in 1993 as a newly minted reporter at ABC affiliate KRON-TV, O’Brien felt she had amassed a few more skills. Her first assignment, during her first week on the job, was to do a live report on the San Francisco Giants, who had made it into the playoffs, but because she was low in the reporter pecking order, she wasn't actually sent to the game—she was sent to a bar to cover people who couldn't get tickets to the game.

A #metoo moment before there was a #metoo movement

“It was my first week as an on-air reporter,” she recalled. “I was interviewing people and writing and editing my story. Everybody was drinking. As they came to me for my 6:00 pm live shot, I heard ‘Soledad O'Brien is standing by live with the very latest from Joe's Pub,’ and realized that everybody was really drunk—and they're all standing really close to me. It never even dawned on me that I should care about that. As I started my report one of the drunk guys behind me reached out and pinched me on the rear end. My first live shot ever. Terrible. Luckily, they cut away from me, rolled my story and then came back to me live.”

O’Brien’s boss called her into his office and suggested she may want to start looking at opportunities in smaller markets. Never a good conversation to have. “I called my old boss at ABC and he said, ‘Whatever you do don't quit. Just dig in and learn the skills.’ That was great advice. Within a few months, I was better, decent at doing live shots, and shortly became the Oakland/East Bay bureau chief.”

She was on her way. There would still be stories about feline reincarnation, escaped snakes and giant fish, but soon she would be a household name, covering the custody battle over Elián González, the massive Indian Ocean earthquake and tsunami, the 2008 financial crisis, Hurricane Katrina and many others. “When I started as a low-level production assistant I never thought I would be able to cover some of the biggest stories of our time.” Fast forward a couple of decades and increasingly social media—sometimes overtly, sometimes with a bit more subtlety—is pressuring reporters into coverage that is more salacious than they might instinctively pursue. To O’Brien, it often seems as if the media has been highjacked by an increasingly rancorous, facts-light, partisan debate that is sensationalistic, often ugly, frequently ill-informed and obscures vital, fact-based stories.

O’Brien offered a highly publicized example. After Roseanne Barr posted an inappropriate tweet in late May that was broadly condemned, a highly charged discussion of how ABC would respond—a valid topic—completely dominated the social and TV universes. At the same time, a story relating how Harvard was examining data in an effort to measure the actual number of people who had died in Puerto Rico as a result of Hurricane Maria was only lightly covered.

“Those two stories were released exactly at the same time,” said O’Brien. “Puerto Rico didn't have water, didn't have power. Even with all that, the story never seemed to gain traction. The Harvard story had the potential to break through the lack of interest in the Puerto Rico story. Even with a very wide margin of error, which the report talked about, the low end of the estimate put the damage and the deaths near Katrina level, which was quite high. There was some reporting on the story, but not a lot. This was a classic failure of media's responsibility to its viewers.”

According to O’Brien, on the day both stories hit CNN spent 10 minutes on the Harvard/Puerto Rico story and 8 1/2 hours on the Roseanne story. “Media had an opportunity to really explain things, add context and offer a sophisticated, data-based point of view, but instead added fuel to a confusing fire,” she added.

As for O’Brien’s view of the energy sector’s ability to promote itself, she says on balance, it simply doesn’t relate, doesn’t reveal itself. “It's hard to find stories about the energy industry that aren’t just framed as ‘good’ or ‘not good,’” she said. “I think the conversation could be far more dynamic. There's so many things that you are doing around data for example that people don't know about and that could really serve communities. You have to figure out how to communicate with the media to get some of those stories told. I'm not saying you need a really great PR strategy so everybody loves you. I'm saying be honest about what is working and where you're being effective. That can be a very compelling narrative.”

Be a lifeline, not a looter

In their one-on-one chat, Regina Mayor asked O’Brien about her most recent book The Next Big Story: My Journey Through the Land of Possibilities. Mayor referenced O’Brien’s reporting on a massive earthquake that struck central Chile near the city of Concepción in 2010. O’Brien visited the area just days later and witnessed how people were responding, both the good and the bad, during the crisis. In the book, O’Brien wrote: "You can be a looter or you can be a lifeline. The choice is yours.” Mayor asked O’Brien what we can do to be that lifeline—if not literally, then figuratively—and make the world a better place.

“One of the most depressing things for me about the time that we're in from a media perspective is it's all framed as ‘looters,’ as crazy and depressing—that people are terrible and situations are awful all the time. But, actually, when you report on the most awful, horrible stories, there's always someone who steps up and says ‘What can I do?’ or I've done this thing and I'm helping to feed these five or 10 people—or, if you're José Andrés, and you’re helping a million people. As he said to me, ‘I'm a chef. Chefs cook. That's what I do.’ I think that's the answer. Don't get sucked in to the negativity around you. Instead, do whatever is your equivalent of ‘I'm a chef. Chefs cook.’ Help four people. Give two internships. Write a check for $10. I think we need to focus in that way and ignore the often unpleasant tenor of the time we're in and focus on the good stories, on the people who are doing good things and try to elevate those stories. That's what we can do.”