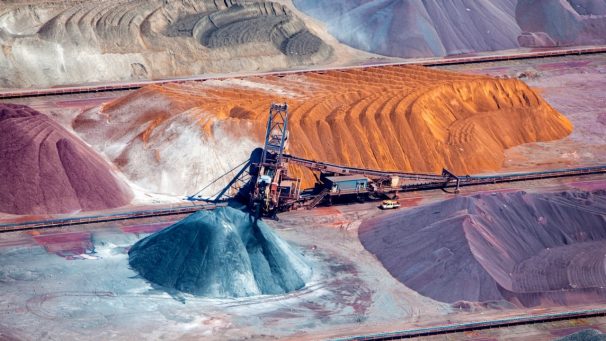 Moving forward in a G-Zero world

For more than half a century, the Group of 7—Canada, France, Germany, Italy, Japan, the UK, and the U.S.—were the acknowledged leaders in economic strength and political influence. Today, however, the term G-Zero is being used to describe a world where no one country (or a coalition of countries) is willing or able to assume the responsibility of global leadership.

Over a long and distinguished career, Senator Mitchell has been a witness to this transformation and in many ways an agent of positive change, both in the U.S. and abroad. He has served as a federal judge in Maine, as Majority Leader of the United States Senate; and as Chairman of peace negotiations in Northern Ireland, which resulted in an agreement that ended a historic conflict. Most recently, he was U.S. Special Envoy to the Middle East.

In a wide-ranging address followed by a one-on-one conversation with Regina Mayor, Global Sector Head and the U.S. National Sector Leader of Energy and Natural Resources, KPMG in the U.S., Mitchell provided candid insights, commentary, and reasons for hope in a rapidly changing G-Zero world.

Mitchell was realistic in assessing the current world order—or the lack of it.

“In the coming decades it will become increasingly clear that the long period of relative stability that followed the Second World War has come to an end,” he said. “Across a wide swath of the globe from South Asia to the Indian subcontinent, from the Middle East and all across Africa, populations will grow rapidly in the coming decade.

Much of that growth will take place in countries already not able to meet the basic needs of their people. Many are struggling with widespread corruption and the absence of an effective rule of law.”

That order has now collapsed, he said, by the weight of rapid population growth, widespread drought, deep mistrust and violence, with all these factors intensified by religious differences.

Conflicts can be ended

Nevertheless, Mitchell expressed optimism about the future. “You see or hear comments that the world is falling apart, that it’s more dangerous than ever, that the United States is in decline at home or abroad,” he said. “I disagree. Fear of the future, complaining about the current state of affairs, lamenting the loss of a rose-colored past is as old as civilization.”

Referring to his experience as a peace negotiator, Mitchell said, “I believe there’s no such thing as a conflict that can’t be ended. Conflicts are created, conducted, sustained by human beings, and they can be ended by human beings.

How we, the United States and our allies, respond to these challenges will have effects all across the world. I can’t speak for others, but I personally have great confidence in our country and in our people.”

Mitchell continued by saying, “I believe that our democratic institutions remain strong, that science and reason will prevail as they always have ultimately in American history over fear, hostility, and looking backward. I believe we must, and we will devise the policies to deal with the challenges that we now face and will face in the coming decade. To do that, I believe it’s essential that we remain true to our nation’s principles. It is our democratic ideals that distinguished our country from the very beginning, and they always have appealed to people around the world.”

Mitchell was straightforward in his assessment of current tensions between the U.S. and other countries over trade.

He argued that trade agreements and institutions like the World Trade Organization have been instrumental in supporting global peace.

“Keep in mind that in 1870, 1914, and 1939, Europe was devastated by three major land wars,” he explained. “The men and women who led the effort to rebuild after that war created institutions to encourage trade as a means of reducing the likelihood of conflict, to urge prosperity and stability in those countries. And I would argue they were, despite many mistakes and setbacks, largely successful.”

However, he disagreed with the current administration in Washington. “I believe that the president made a profound error when he withdrew from the Trans-Pacific Partnership agreement. There were ten Pacific-facing nations who did not want to have their primary economic relationship with China. They wanted it with the United States and we spurned them, and they then have turned to China.”

Mitchell readily conceded that some jobs are lost as a result of trade agreements, but he added that the vast majority of jobs lost in our country and elsewhere is the result of innovation in a dynamic free market economy. “That’s what we have to recognize. And to build walls and to try to force people to take actions, I think it’s just the wrong approach.”

Mitchell was equally candid when discussing Washington gridlock and a divided Congress. Gerrymandering has much to do with this, he argued. Tinkering with congressional district lines after every ten-year census is a long-standing practice, he explained, but today’s technology has greatly increased the effectiveness of gerrymandered voting.

“We’ve got to change that. We have to reduce the level of partisanship in redrawing congressional district lines. If the general election is irrelevant, which it now is for most House seats, the only thing that matters is the nomination, and in the nomination process a tiny number participate. They tend to be the most partisan, most rigid, most ideological, and the most averse to compromise. That’s a big problem.”

The second problem, he said, is money. “Billions of dollars are being poured into the American political process with little or no accountability. The Supreme Court in the Citizens United case and a series of related cases made disastrous decisions by concluding—contrary to prior Supreme Court rulings—that we cannot constitutionally limit contributions to campaign and political expenditures. And I believe it’s not going to change until another Supreme Court comes along and says that this court is wrong, and the prior courts were right. We, the American people, have the right to limit contributions and expenditures.”

Mayor concluded the session by noting the importance of another George Mitchell—George P. Mitchell, who pioneered fracking among his many accomplishments. Although not related, the two George Mitchells knew each other, and Mitchell joked with Mayor that the two men used to get each other’s mail. “I call him ‘the real George Mitchell.’”

Mitchell also shared this story, which served as a fitting conclusion to his remarks.

“It began a long time ago in a village in the hills of Greece. There was a teenage boy named Savas Parascavopolis.

He had no education. A goat herder. But he was ambitious. He wanted something more, and so he left and came to America. He got a job on the Transcontinental Railroad— mostly Irish in the East and Chinese in the West—building the railroad that connected our country.

“The first payday, Friday, the paymaster said to him, ‘You’re a good worker and we want you to stay on, but nobody can pronounce or spell your name, Savas

Parascavopolis. So get a new name.’ And the kid asked, ‘What’s your name?’ The paymaster said, ‘Mike Mitchell,’ and Savas said, ‘Well, from now on, that’s my name.’

“The new Mike Mitchell later left the railroad, went to Galveston, Texas, and opened a shoeshine shop. He had a son and named him George, a smart kid. He went to Texas A&M, and you saw what happened. He created fracking. What I say of him is this: In not too many years nobody’s ever going to remember me, but everybody’s going to remember him, because he changed history.

Eight American residents stood up and promised to create energy independence, and not one of them could do it.

But the son of an illiterate goat herder from the hills of Greece, George Mitchell of Texas, did it.”