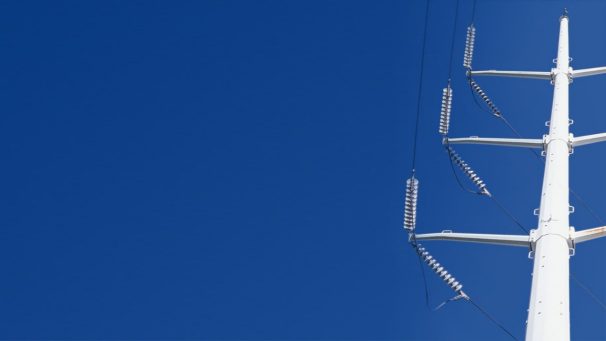 Regina Mayor, global sector head and the U.S. national sector leader of Energy and Natural Resources, KPMG in the U.S., moderated a panel of seasoned energy reporters who offered their insights into what the media sees as the big industry stories, as well as how they view and approach journalism today.

Regina Mayor, global sector head and the U.S. national sector leader of Energy and Natural Resources, KPMG in the U.S., moderated a panel of seasoned energy reporters who offered their insights into what the media sees as the big industry stories, as well as how they view and approach journalism today.

The energy transition and technology

For Erin Ailworth, who covers renewables and power markets for the Wall Street Journal, the energy transition is the hot topic. When will it occur? “It’s already happening,” she said. “It’s not when, it’s now. The big question is, what technologies are really going to come out in force?”

In addition to battery storage, Ailworth mentioned developments in wind, such as floating turbines for deep water, as well as far larger turbines. “These things are getting massive,” she said, referring to GE’s efforts to build a 12 megawatt turbine. “It’s basically like three Statue of Liberties stacked on top of each other, and the blades themselves are longer than a professional soccer field. It’s a huge step forward if we make it happen.”

Oil and gas also is a significant user and rapid innovator of technology, said Ernest Scheyder, national energy correspondent for Reuters News, and it’s finally getting its arms around big data. “The oil and gas industry generates a ton of data each day, and a lot of it is just wasted,” he said. “Only recently they’re really starting to grasp the potential.”

“What I’m excited about, believe it or not, is sand,” said Joe Carroll, Houston bureau chief for Bloomberg News, to a few chuckles in the room. The fracking industry figured out that it can use waste sand in West Texas, eliminating the need to bring it in by rail from remote mines in Minnesota and Wisconsin. “That sounds a little goofy, but you’re talking about a commodity that was worthless, and now in some cases it sells for more than coal,” he said.

Oil prices and the interplay between OPEC and U.S. shale

While Organization of Petroleum Exporting Countries (OPEC) “got its act together” and “wiped out the glut,” Carroll said, “Shale continues to roar to new records every week. So you have those competing forces.” Scheyder added that the two parties have realized they need each other. “Nobody wants oil prices to spike again, because then [consumers] are going to go to the Teslas of the world.”

It also will be interesting to see how oil and gas companies proceed now that the fear of “lower forever” oil prices has dissipated, the panelists said. “So as long as the memory of $26 oil from 2016 is relatively fresh, I think you’ll see a certain amount of restraint, but that will go away,” Carroll said. “Folks in the business are eternal optimists, and there’s always another boom coming.”

Meanwhile, the wave of bankruptcies everyone expected post-crash was never as severe as the predictions, Carroll said, as banks gave some leeway for their own benefit. Added Scheyder, “It’s one thing to own a foreclosed house; it’s another to own western North Dakota oil acreage.”

The industry didn’t see as many private equity deals during the crash as expected either, Scheyder said. “We still have a lot of PE money on the sidelines, and now oil prices are going back up, so that window to investment is presumably closing.”

At the same time, “Wall Street is still not convinced that the oil and gas industry is resuscitated,” Carroll said. “So when we see those [IPOs] start to pop up, we’ll know that the atmosphere has turned.”

Energy companies are largely “thrilled” with tax reform and the lower corporate tax rate, although hesitant to outwardly express it to avoid criticism from consumers, Carroll said.

It’s not when, it’s now. The big question is, what technologies are really going to come out in force?
Erin Ailworth, Energy Reporter, Wall Street Journal

Utilities are in the midst of determining how they will pass any savings on to their customers, as required, Ailworth said. But rate reductions, infrastructure investment, and other efforts require state public utility commission review, an onerous process. “What gets approved and how that actually flows through is still up in the air.”

Tariffs are another matter. As Scheyder pointed out, energy uses a lot of steel, and shale executives such as those at Pioneer Natural Resources admitted they’ll be pinched.

U.S. solar, meanwhile, is split in two between the installers, who will be hurt when costs increase, and the manufacturers, who are talking about ramping up, Ailworth said.

Journalism and the news media today

The panelists described being flooded with thousands of e-mails and press releases, but a few factors make a story idea rise to the top. First, simply, it has to be interesting, Ailworth said. And if the same topics keep bubbling up, “that probably means there’s something there we should be writing about.”

Bloomberg, which serves the investor community, is looking for stories that are “actionable,” Carroll explained. “If you can buy, you can sell, you can hedge, if it’s in any way useful from a finance point of view, we write it.”

The panelists encouraged accessing a wide variety of news outlets to overcome any natural, inherent biases. However, the quality of the sources matter, Ailworth said. “The big challenge is that there’s so much crap out there masquerading as reputable journalism. People go to these other sources and they think that it’s the same level of work that we do, and it’s not.”

The reporters opined on broadcast television as well, following on Soledad O’Brien’s comments earlier in the conference. “I think they’re all sort of yelling at each other. We could have sat here and yelled at each other and done CNN Crossfire, and you would have been less informed than we would hope after this hour of discussion,” Scheyder said.

“I think there is a hunger out there for unbiased insight and analysis that really helps people unpack the world,” he added. “And I think our three organizations have a big commitment to that.”