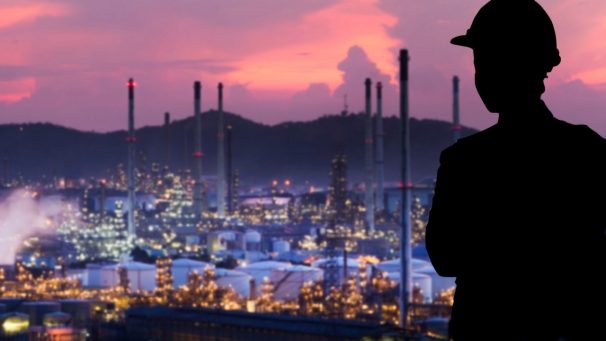 Transitioning to a sustainable global energy system is a critical issue and focus of the World Economic Forum (WEF), where Espen Mehlum is Head of Knowledge Management and Integration for the Future of Energy System Initiative.

Transitioning to a sustainable global energy system is a critical issue and focus of the World Economic Forum (WEF), where Espen Mehlum is Head of Knowledge Management and Integration for the Future of Energy System Initiative. And while there’s been progress in solar, wind, electric vehicles (EVs) and other solutions, Mehlum told the breakout session audience, “that’s really only the tip of the iceberg of what is needed to meet the carbon commitments that many countries signed on to.”

Energy consumption and production contributes two thirds of global emissions, and fossil fuel usage has remained steady for 30 years. Furthermore, only four out of the 38 technologies required to meet climate commitments are advancing fast enough.

WEF is working with KPMG and more than 100 major companies, governments and experts on how to quicken the pace. Michael Hayes, Global Head of Renewables, KPMG in Ireland, led the panel through a discussion of ideas to support that acceleration, including the role investors and governments can play in the effort.

“If we think about risk returns, there’s the risk of innovation disrupting the traditional fossil fuels, but also creating the opportunities on the renewable energy side or distributed generation. So as you think about energy innovation and how that ties fossil fuel to cars and EVs and ride sharing, we think about that,” he said, adding, “it’s a much broader ecosystem than just one technology.”

CPP invests in only two to four percent of the deals it reviews, Laguerre said. “At end of day, we’re stewards of capital, so we back management teams,” he said. “The bar is high and the competition is fierce.”

To attract the innovators, you have to create a market in which they can interact, according to Brett Perlman, Chief Executive Officer at the Center for Houston’s Future (CHF), a nonprofit focused on solving the most important issues facing the region. CHF and KPMG are working on a study regarding the future of the energy industry and innovation in the Houston area.

Because many of the innovators are start-ups, the ecosystem needs the established public utilities and global oil and gas companies, he said. “This is a scale game, and so you really need to have the companies that understand how to implement this stuff. This is a very different innovation infrastructure than you have in social media or in software. It takes a different set of skills, a different set of companies, and really a different mindset in order to do this.”

That marriage between small innovative companies and large established companies, the incumbents, is really I think the essential driver of this energy innovation economy that we’re trying to create.
Brett Perlman, Chief Executive Officer, Center for Houston

CHF pulls together innovators, companies and individuals at the very beginning of their lifecycles, and looks to the larger companies to help test and pilot new technologies, Perlman said. “That marriage between small innovative companies and large established companies, the incumbents, is really I think the essential driver of this energy innovation economy that we’re trying to create.”

If CHF succeeds, the center of that economy will be in Houston, which has the technology, scale, development and finance to make it happen, he said.

“It’s really about unleashing the machine we have here,” adding, “I will go as far as to say, if Houston doesn’t become a center, we won’t be successful in what we’re all trying to accomplish here.”

The panelists tackled several barriers to accelerating innovation, as outlined in the WEF/KPMG white paper that inspired the session. One, moving from idea to large-scale implementation requires government support and investment that’s just not readily available, particularly in the early stages of technology development, Mehlum said. “Behind the success stories of offshore wind, solar, and others are years and years of R&D before things came to fruition.”

Government’s role should focus more on making sure a good framework is in place for private investment, rather than on funding, Laguerre suggested. “The best projects get funded. If you look on the technology side, the great stories of the U.S. in terms of stocks, none of them were funded by government—and they seem to be doing quite well.”

Perlman countered, “I think the energy ecosystem model that we have is broken. I don’t think the model that works in other industries works well here. In this industry, for innovation to occur, it takes a long time and it takes a lot of money. And so we really do have to have somewhat of a different framework.”

The WEF/KPMG white paper also presents six bold ideas for accelerating energy innovation generated from a series of expert interviews and workshops. Hayes said that all six were “road tested” in the U.K. with various stakeholders from government and industry, and he asked the panelists to discuss two that “caused quite a bit of debate”: public-private collaboration and public procurement.

First, there’s a funding gap between the very early stages of development, when public investment typically comes in, and when innovation is closer to market and enjoys private sector investment, Mehlum said. Co-investment instruments, used more often outside of the energy industry, could help reduce risks by combining public and private sources of capital, filling that gap. “Innovators would get access to capital, and easier access to markets.”

Public-private partnerships could fix some of the issues in the energy innovation value chain, Perlman agreed. The time to market for sustainable energy technologies often does not fit the expectations venture capitalists have for other sectors. Incenting larger companies to nurture new ideas could help.

Second, public procurement could drive energy innovation by influencing demand for new technologies, Mehlum said. “The first unit is always the hardest to sell, finding that first market. And at the same time many city governments are big buyers of energy solutions. Can there be a case to use public procurement more strategically to drive first markets for innovators?”

Perlman said he wants to see the idea broadened a bit. “It’s not just about having the public be the first purchaser of some of these technologies, but really using the public entities that we created, such as grid operators, to test some of these ideas and help solve real problems.”

While he found the ideas interesting, Laguerre cautioned that institutional managers have a very serious fiduciary responsibility for public funds and must exercise extreme care in choosing where to invest it. “You want to make sure that the public feels like their hard-earned money is really put to good use.”

The panelists ended their discussion with a review of some of the innovations they are keeping an eye on, from battery storage and hydrogen power to blockchain and artificial intelligence.

“Digitalization, decentralization and electrification coming together is going to be a very important model upon which you can build multiple applications, and it has implications as well for the intersection between energy and mobility,” Mehlum said. “I think this is a tremendous opportunity for innovation, but it won’t happen fast enough unless we make some specific interventions.”