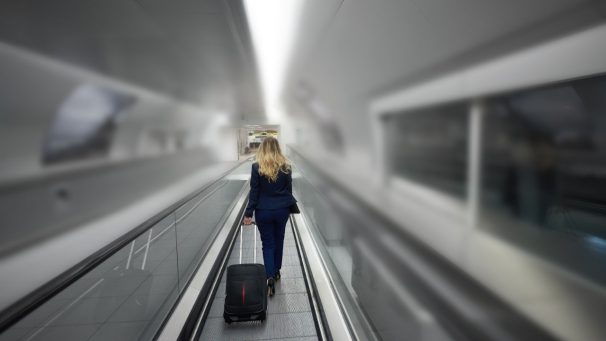 John Gimigliano, principal in charge, Federal Legislative and Regulatory Services, KPMG in the U.S., says the tax reform legislation the president signed into law late last year is “the biggest tax bill that we will all see in our working careers.”

After a series of starts and stops, what seemed implausible in early November of 2017 was a done deal by Christmas. “Tax reform seemed imminent until it was not, and then all of a sudden it happened,” said Michael Terracina, National Tax Leader, Oil & Gas, KPMG in the U.S.

The reality of drafting and passing a bill so rapidly—49 days in this case—is there’s inevitably so much left undone. “It’s hard for me to imagine Congress ever coming back again to do a bill this big,” said Gimigliano, who moderated this lively breakout. “It’s already the biggest bill in history, so they’d have to replace it with the new biggest bill in history. It doesn’t mean there aren’t going to be changes along the way—I can assure you there will be. Our challenge is predicting and dealing with those changes.”

Think about where we were before tax reform: the combination of a system of deferral of foreign earnings and the high corporate tax rate had created a dynamic under which companies often found it better to invest outside the United States Congress had come to this realization over a number of years. Some strategic lobbying by multinationals ultimately convinced Congress to try to reverse these incentives. And so that was a big part of what this was all about.

In the lead-up to the work on the bill in Washington, DC, the president laid out four high-level goals for tax reform:

Make the tax code simple, fair, and easy to understand.

Give American workers a raise by allowing them to keep more of their hard-earned pay.

Transform America into the jobs magnet of the world by leveling the playing field for American businesses and workers.

Bring back trillions of dollars that are currently offshore to reinvest in the American economy.

How did Congress do? How many of the president’s goals were fulfilled? Right off the bat, Gimigliano challenged his fellow panelists to grade this colossal overhaul of the U.S. code.

“At the end of the day we are going to go to the markets that generate the best after-tax rates of return,” said Aric Mann, vice president of Tax, Anadarko Petroleum. “Reducing the corporate rate to 21 percent certainly makes our system very competitive with anywhere else in the world. Before, we were able to bring back money and use the foreign tax credit system to offset the U.S. tax, so we didn’t have residual tax. But, obviously, for companies that didn’t have the credits, they were able to bring their foreign earnings back, but the cost was they had to pay a tax.”

From the regulated side of the business, the panel included Chuck Mannix, vice president, Tax Services, NiSource, which supplies natural gas and electricity to nearly four million customers in seven states. Mannix approached the subject from a more domestic perspective.

“On the regulated side, I think it was very good in terms of putting money back into the pockets of our customers,” said Mannix. “The regulators are adamant about passing back the lower tax rates, which are built into our utility rates, so we’re going to be reducing our rates across the board. We did an analysis and it came out to be about a four percent reduction on average for our customers. So, I think it’s fairly successful, and I think it will drive the economy, all things being equal. ‘B’ is about the right spot in terms of a grade.”

“The industries’ big push was to make sure that the tax code changes would be beneficial to customers,” said Rod Anderson, national tax leader, Power & Utilities, KPMG LLP. “From that perspective we were pretty successful, including getting it into the code that the regulated utilities would be exempt from the limitations on interest deductions. The education that was provided to the legislators took hold and was reflected in the changes. So, we felt that we got what we needed.”

Uncertainty reigns at the moment…

One aspect that remains unresolved is some of the uncertainty that still exists—the tax law was produced at such a rapid speed that much of the verbiage is a bit unclear and even contradictory. Treasury will have to offer guidance on a number of topics, such as interest disallowance, accelerated depreciation, Global Intangible Low-Taxed Income (GILTI), Base Erosion and Anti-Abuse Tax (BEAT), and 163J regulations, just to name a few.

What’s more, according to Gimigliano, under the Internal Revenue Code, rules issued by Treasury cannot apply retroactively unless they are finalized within 18 months of the enactment of the statute, which in this case was on December 22, 2017. The clock is ticking. There is one school of thought that says Congress may go back and try to take care of some of the things that they didn’t do in the first bill—mainly make the individual provisions permanent, instead of letting them expire at the end of 2025. That seems unrealistic.

“The best thing that can happen is for the Republicans to put it up for a vote,” said Gimigliano. “Either they get the Democrats to agree with their point of view and pass a bipartisan bill or, more likely, Democrats will oppose the bill and Republicans will say, ‘See, we wanted to make the individual cuts permanent, but the Democrats blocked us.’”

However, Gimigliano, a former senior tax counsel for the House Ways and Means Committee, questions whether it even makes it to the floor.

“My guess is Mitch McConnell will not let that bill come up for a vote in the Senate because he doesn’t even have 50 Republicans who will vote yes. He doesn’t want to have that vote and say that he can’t even get a majority of Republicans to support it. So, I don’t see any major bill coming this year. You could see some modest things come through, but even that would be a little bit of a surprise.”

…but the future for energy looks bright

Bottom line, in this panel’s view the long-term result will be positive for energy because customers ultimately will see reduced rates. However, in the short term, the industry will have to struggle a bit to maintain financing for ongoing infrastructure investments in a lower cash flow environment.

“Overall, and in the long term—that is, beyond the 18 months—we think tax reform is good for the industry, particularly for our customers,” said Mannix. “But, individually, we have to change—not our business strategy, but how we fund our infrastructure investments. Previously, it came from the taxes we collected that we weren’t paying to the government because of our net operating loss position. Now, we have to change our financing plans so we can continue to invest in safety and reliability and new technologies. That’s got treasury departments across the industry looking for new ways to generate capital to keep those investments going.”