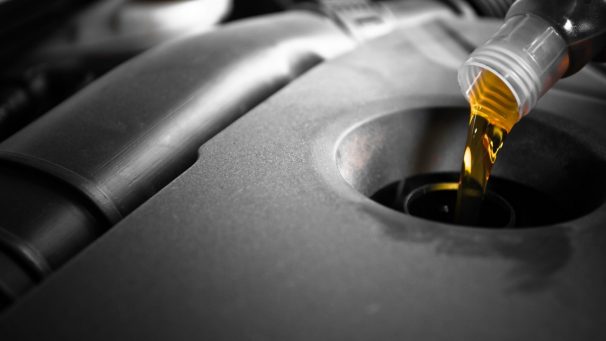 What electrification of the automotive sector means for energy

Do you want to buy an asset for $33,500 that immediately loses 11.5 percent of its value and then sits idle 94 percent of the time?

When KPMG’s Gary Silberg asked this question at the Global Energy Conference, he was met with somewhat embarrassed laughter. That asset, the audience quickly realized, is a car. And a show of hands indicated that many in the audience owned two or three of these underutilized machines. Someone admitted to owning eight.

“You don’t need a Ph.D. in economics to understand that that’s probably not a great idea,” said Silberg, National Sector Leader for Automotive at KPMG LLP in the U.S. “Now, there is a value of owning a car—‘It’s who I am. It’s about my personality.’ But what I’m going to argue, and what we’re going to discuss today, is that the premise of buying a vehicle, and getting from point A to point B, will be a different utility for different people.”

This shift in how consumers view car ownership and mobility will have a profound impact on the energy sector, Silberg said, with a “two-fold punchline.”

The decline of individual car ownership…

First, car sales will drop with the proliferation of autonomous vehicles that are increasingly viewed as a utilitarian mode of transport, available at the push of a button. The clockspeed of innovation fueling this trend is moving incredibly fast, Silberg said, checking off a series of developments from Waymo’s involvement in turning 60,000 Chrysler Pacificas into robotaxis, to Apple’s collaboration with Volkswagen on driverless cars.

The effects will appear first in what Silberg called “islands of autonomy.” For a whitepaper by the same name, KPMG worked with a start-up to track the cellphone pings of 180,000 drivers in several major metropolitan areas such as Chicago, Atlanta and Los Angeles/San Diego in order to understand their commuting habits. Each “island” is different—short and long commutes within a city, between cities, or back and forth from suburbs—indicating diverse transportation demands both current and future (electric v. gasoline, autonomous, shared, etc.).

…and the rise of vehicle miles traveled

Second, as the cost per mile to access mobility declines significantly, vehicle miles traveled (VMT) will soar. Autonomous vehicles will allow older consumers to stay on the road longer while youth gain access to transportation before they’re old enough to operate a traditional vehicle.

As mobility becomes more accessible on both ends of the age spectrum, approximately 2.8 trillion miles traveled will increase to 4.3 trillion miles, including miles logged in both self-driving personal vehicles and by autonomous mobility-as-a-service (MaaS) fleets. This will likely be a boon for the energy industry as it evolves to power these modes of transportation.

As Silberg welcomed panelists to the stage, he asked each to name areas on which they are focusing or that they believe merit attention.

Pacific Gas & Electric Corporation (PG&E) in California looks to maintain ambitious carbon reduction targets, according to Nick Stavropoulos, president and chief operating officer. The utility is looking at how to best support renewables and distributed generation.

“The electric grids in this country were designed to generate electricity at a central station and basically flow everything one way, and now we’re seeing massive amounts of two-way flows on our networks,” he said. PG&E also wants to take advantage of the bourgeoning opportunity created by electric vehicles (EVs) to sustain its business as energy efficiencies increase. California established a goal of five million electric vehicles by 2030; there are only 350,000 on the road today.

Assistant Professor Don MacKenzie from University of Washington’s Civil and Environmental Engineering program is examining what he calls “the state of charge.” Even as battery technology improves and costs come down, range anxiety and grid impact remain issues, affecting EV competitiveness. However, we can optimize that state of charge by aligning charging, travel and other activities throughout the course of the day.

“Today, how people and where people charge their vehicles creates challenges,” he said. “So, this technology of automation, combined with mobility services, opens up a lot of opportunities that make electric vehicles more viable from a technical standpoint.”

The EV revolution is going to impact oil demand by some six million to ten million barrels, according to Mike Utsler of oil and gas company Woodside Energy Ltd. However, new demand will come from a growing global population expected to reach 9.6 billion over 20 years compared to 7.3 billion today.

“The challenge for the oil and gas industry is actually an opportunity… as we drive efficiency in internal combustion engines and we get better performance,” he said. “How can we then use what has previously been the need for gasoline and diesel in other applications for those same molecules? Those carbon molecules represent not only fuel, energy, and electricity on the upstream side of it, but also the plastics, the downstream side.”

Unfortunately, the pace of government often is no match for the clockspeed of innovation. Stavropoulos described the process of working with regulators—all with their own timetables and opinions—to try to install 7,500 EV chargers over three years, the largest such program in the country.

“That sausage-making takes a long time. And then you’re trying to design this wonderful fast stallion, and you might come out with a camel at the end that had very little input from the customers that are actually going to use the product,” he said. “You talked about the massive acceleration and change in this business environment, and electric utility regulation just doesn’t move at that pace.”

Utsler added, “The U.S. will struggle in this space as it always does. It will be driven by the social realities from a ‘license to operate’ perspective as the world passes us by and moves much more quickly to implement these changes,” referring to China’s EV and other energy efforts, and Europe’s plans to ban diesel fuel.

“I wonder whether or not electric is going to be the fuel for the future because of the weight-to-power ratio,” Stavropoulos said, suggesting that liquefied natural gas (LNG) may be a better alternative for medium- and heavy-duty long-haul trucking, as well as for rail and shipping. “When you look at the ferries out in San Francisco harbor, a tremendous amount are using diesel fuel. Is it going to be a battery-powered ferry or is it going to be a LNG-powered ferry? I think there’s a lot of debate that needs to happen there.”

LNG is not without its challenges, including fugitive emissions of methane that could wipe out the carbon benefit, MacKenzie said. Additionally, the higher the pressure of the LNG required, the heavier the system, eating into mass efficiency.

“There are these complicated trade-offs that with any gaseous fuel makes it harder to use in an automotive application,” he said. “But again, if you design a vehicle ground-up, you can package that a lot more efficiently, just as you can with an EV that you design ground up.”

“From an industry perspective, we’re actually quite excited by the potentials of where hydrogen fuel cells could go,” he said. “And it also has a greater propensity for being able to create greater horsepower in per-unit size because you don’t need 7,000 batteries the length of the car.”

Hydrogen’s ability to deliver longer distance between fueling than today’s EV battery also could shift our approach to infrastructure, Utsler added. “It changes the investment strategy required for the distribution system, because if I can go 2,000 kilometers versus 700 kilometers, I only need two stations versus five stations.”

Silberg closed the session by asking each panelist where he’d invest a hypothetical $10 billion. Stavropoulos would explore how to better incorporate multiple renewable energy sources, such as combining a solar and wind battery, connecting that to EV charging, and leveraging hydrogen and LNG.

Utsler said that in addition to developing hydrogen fuel cells and LNG for transport fuel, he would invest in renewables to power the infrastructure that allows us to produce in the first place. “We use five to 20 percent of the product that we produce to create the energy to enable us to produce the product to deliver to the marketplace. That is a huge inefficiency in our own economic scenario.”

Speaking broadly, MacKenzie described Mobility as a Service as the most promising, with less political risk than some of the clean energy options. “It goes beyond just cars, but the advent of this whole spectrum of options and the idea that you can have anything from a scooter up to an SUV, potentially.” But aerial personal transport is a no-go, he added. “Two words: noise pollution.”

Mobility on demand in the Big Apple

KPMG’s Gary Silberg provided an example of how autonomous MaaS vehicles could change the lives of city dwellers—and ultimately, the energy industry—in the very near future. Here is an excerpt from his discussion:

I talked about how the cost per mile is going to go down and that the vehicle miles traveled are soaring. To give you an idea of our research, we think over… you can name the year, 2024, 2025 even, probably shorter—the cost per mile for a consumer for a self-driving car will be close to 50 cents a mile in a MaaS type of environment.

So, let’s take Manhattan as an example. Say you’re in midtown Manhattan, you’ve got to go to Wall Street. Let’s make it five miles. If you pushed your button and got in a self-driving car, we think the consumer will only have to pay five times 50 cents, that’s $2.50, okay? And you have your own self-driving car.

Does anybody know the cost of the lovely subway in New York City today? It’s $2.75 today. And so you have an option. You can join all the other beautiful human beings in the 90-degree weather down in the subway and enjoy all of the hoopla—or you can push a button.

And this is one of the many examples—and I could give you example after example—why the miles traveled will soar. Because people, when the option is cheap enough, are going to push that button. So this, to us, presents a massive opportunity for the industry.