After a lifetime in the energy industry, the former Chairman and CEO of ExxonMobil has seen it all. Rex W. Tillerson is intimately familiar with the various challenges facing energy companies to manage the geopolitical risks of cross-border operations; find the budget to invest in new technologies amidst price volatility and regulatory change; and meet the demands of new generations of customers and employees, including the call to reduce the sector’s environmental impact.

With the experience of leading one of the world’s largest companies and representing the United States on the international stage, Tillerson has keen observations and insights to share at this year’s Global Energy Conference.

A civil engineer by training, Tillerson joined ExxonMobil Corporation straight out of the University of Texas at Austin and spent his entire 41-year career at the company until retiring at the end of 2016 to serve his country as U.S. Secretary of State until March 2018. He has committed extraordinary time and effort to numerous organizations, including deep dedication to the Boy Scouts of America for which he served on the executive committee and as national President. Tillerson also has been involved with industry organizations such as the American Petroleum Institute and the National Petroleum Council, acting as Chairman of both, as well as worked tirelessly on behalf of institutions including his alma mater, the Business Roundtable and Business Council, the United Negro College Fund, and Ford’s Theatre Society. 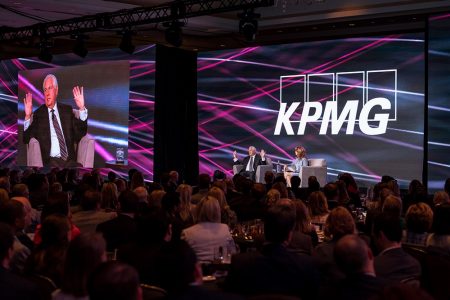 View images from our session.

Register to become a GEI member

Save the Date for the 2020 KPMG Global Energy Conference

Save the Date for the 2020 KPMG Global Energy Conference