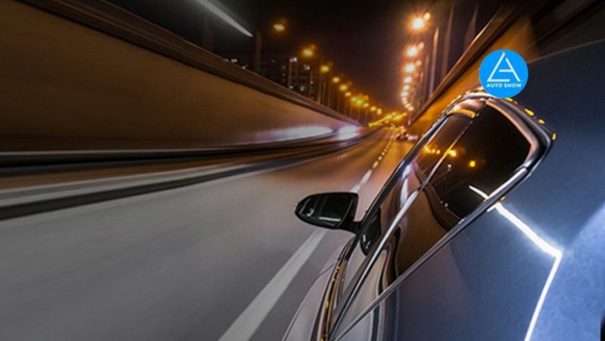 A central question in the automotive industry today is where highly automated, level four vehicle use will ultimately first become fully adopted. And it’s a question that this panel jumped on immediately.

To Dr. Stephen Zoepf of Stanford, it’s not so much a question of where AV adoption may happen, but how the industry creates the optimal conditions for the technology to impact the market most effectively. Specifically, said Zoepf, that’s going to be around improving safety, providing access to transportation for people who don't currently have it, and increasing equity and equality.

It’s no revelation to suggest that the regulatory decisions are going to be highly influential moving forward. Developers are focusing on advancing particular capabilities in particular environments—generally referred to as operational design domains (ODDs)—meaning the circumstances and conditions under which an automated vehicle is intended to function.

In Uber’s Miriam Chaum’s view there are a number of important points in connection with ODDs, such as the fact that the challenges around technology development for each environment may be quite different, which will affect or be affected by regulation.

Clearly, getting to commercialization at scale is a complex problem to solve. “From the perspective of service providers, like Uber, who are thinking about self-driving technology for passenger-vehicle applications to scale in shared fleets, the ODDs where AVs ultimately roll out all have very different economics,” said Chaum. “It’s not necessarily because they are autonomous vehicles, but for reasons to do with gas mileage or because a highway environment is different than a city environment. We're developing capabilities across a number of these areas, but there are certainly some key factors that are relevant to regulators.”

On the audience poll question about which constituency—federal, state, local, county or city regulators, the technology innovators or consumers—is expected to have the greatest influence on the scaled adoption of AVs, the answer was split and fascinating. Nearly 50 percent of the room said consumers (25 percent) and the innovators (24 percent) would be the driving force behind AVs.

Robbie Diamond, of Securing America's Future Energy, sees it chiefly as a question of safety. “Everyone needs to know what the playing field looks like and we should work to ensure that these huge investments are going to make sense,” he said. “As an industry we must have regulatory clarity so innovation can continue to happen, but in a way that makes consumers comfortable from a safety standpoint. All the companies in this ecosystem must understand who's making the rules and what rules they need to follow.”

One interesting line of debate among this panel was the issue of getting regulators to embrace the AV mindset. If we agree that safety is the fundamental element to encourage regulators to have an open mind about AVs how do we help them get comfortable with these new and emerging technologies?

“If you look at the positions the DOT is putting out and how they're approaching it, they seem to be getting up to speed quicker than we might have expected 10 or 20 years ago,” said Todd Boppell, of the National Association of Manufacturers. “They're looking at how to share data more effectively and asking us, and other groups, to work with our member companies and figure out how they can share as much data as possible in a way that's going to protect their intellectual property.”

Further, according to Boppell, there’s also a movement to share data across sectors, so the rail people are learning from the trucking people who are learning from the passenger car people—wherever they can take any lessons in those environments. They're also looking at the FAA, and the way automation has been applied to incredibly positive effect in air travel, as a good model from which to learn.

Amid all of these AV issues it’s important to keep in mind, as Zoepf reminded the room, the duty of a regulator: to protect consumers. In the transportation system, allowing unrestrained growth in a largely unknown technology would be an abdication of that duty.

“The challenge is if you don't allow growth, it's impossible to see what the technology is capable of,” said Zoepf. “That's really the bind that the regulators are in. They have to allow enough experimentation to see the capabilities, and the transformations that these technologies can facilitate. The regulators need to come up with a way that enables these things to scale, but doesn't expose the consumers they're trying to protect to unbounded risk.”

Watch click a video on the future of autonomous vehicle regulation.