Gary Silberg, takes a walk with Keenan Carpender, as Keenan shares his thoughts on his first time at the Detroit Auto Show. 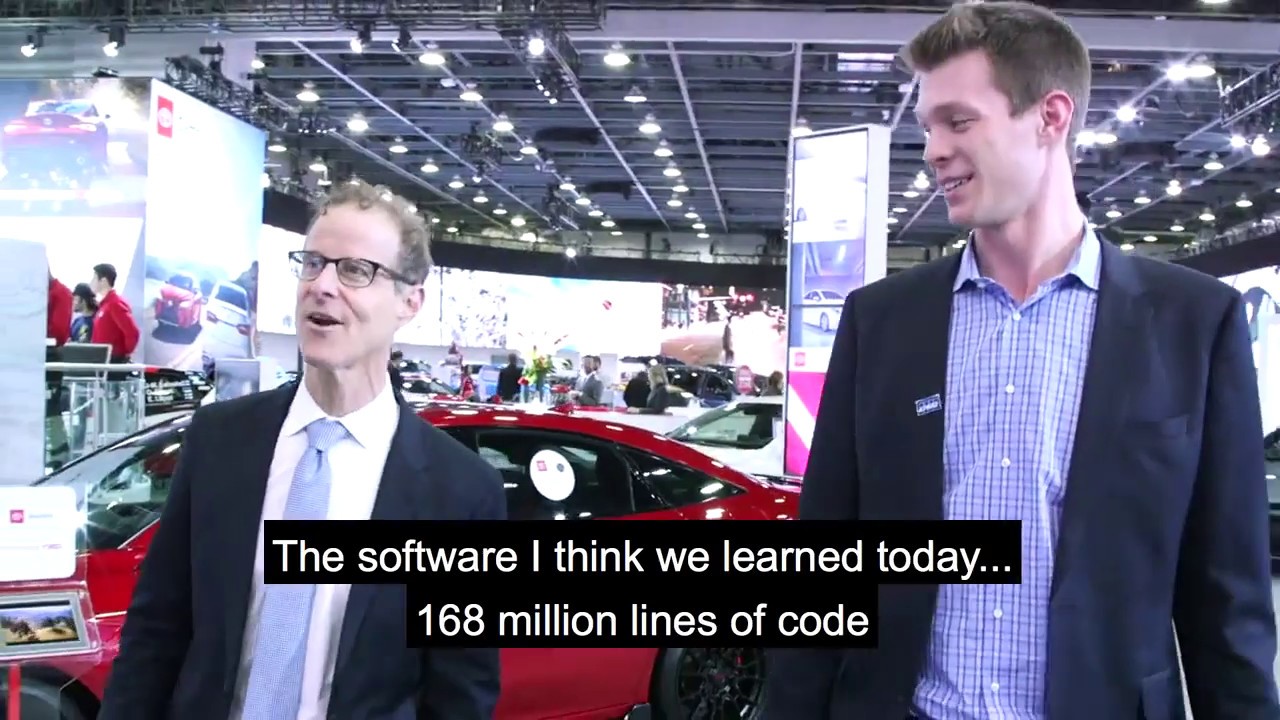 Well first auto show? Yes, well first Detroit Auto Show. It's kinda cool here right? So, what to you think of all these cars and all this tech? Honestly, all tech can be, dare I say, a little intimedating to a certain point.

Yes, you get in the car that's that has six screens on the dashboard, what do you think of that?

The software we learned today, 168 million lines of code for a F150, more than a fighter plane.

So, tell me about your friends, since I run the auto industry, I gotta make all these predictions going on.

Some of my friends like cars but for the most part most, my New York friends actually like the idea of not owning a car. Not having to deal with parking.

So they push the button for Uber or Lyft?  Yes. That's their primary method of getting around. That and the subway.

Do they know about all this cool tech in the cars? I think they do, but you know a lot of them are kind of like "eh why why would I deal with that when I can use an Uber or eventyually maybe a self-driving car.

You know, autonomy is an option that we're coming fast upon.  Yeah, it was pretty cool, some of the autonomous things we're seeing. Absoulutely.

How about yourself, if you can be so bold, in maybe 10, 15 ,20 years out. Maybe married, kids? Yeah, yeah. Can you see putting your kids just in public transportation or would you like to own one of these cars?

If it's self-driving, I think as time goes on, people, myself included will be much more comfortable with self-driving cars. I think that autonomy, obviously there's gonna be some kinks to work out,  but once you know the industry is able to kind of iron out those kinks, I think we'll hit a point where people feel safe riding in self driving cars.

I think it's the direction of the industry. Eventually people are going to be more comfortable with that being the norm. I think your generation will make that happen.Yeah I think so the next 20-30 years, that's going to be the reality. Thank you for Joining me at the show.