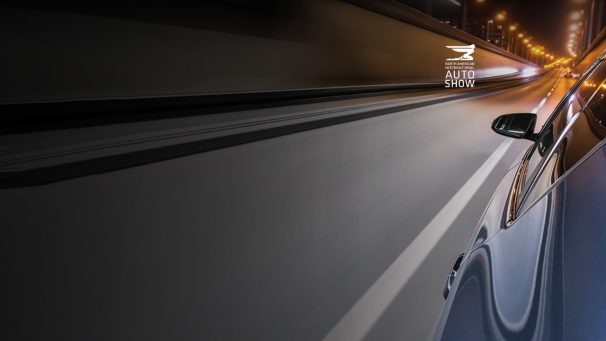 John Gimigliano, principal for the Washington National Tax practice of KPMG, provided the audience with a review of the bill known as the Tax Cuts and Jobs Act (TCJA), its implications for corporations, the precedents it will set, and possible changes to the TCJA that Democrats might propose in the future.

The TCJA cuts taxes by $5.5 trillion, increases taxes by more than $4 trillion, and reflects a net tax cut of $1.5 trillion. “This bill was huge,” said Gimigliano, but added that calling it a $1.5 trillion bill significantly understates the sheer magnitude of changes coming through the tax system.

With the tax cuts, tax increases, and other items combined, the TCJA is really closer to a $10 trillion bill, he said, making it “easily the largest tax bill in the history of the United States, and probably in the world.”

Gimigliano said that members of Congress often assert that the TCJA was all about the simplification of federal taxes. “Well, we know that didn't happen, right? Certainly not on the business side.” He argued that the key fact of the bill is all about the corporate tax rate.

Because the U.S. had the highest statutory tax rate in the OECD, Congress wanted to change the behavior that this rate has encouraged—a wave of inversions, IP migrations, and U.S. companies finding it harder to compete on assets and bidding on assets against their foreign competitors. The bill lowered the federal corporate income tax rate from 35 percent to 21 percent, bringing the rate closer to the median for developed economies.

Gimigliano enumerated a number of historic precedents and changes marked by the passage of the TCJA, many of them partisan in nature. “Republicans saw an opportunity to do a once-in-a-generation tax bill, and they did it. And they didn’t really worry about whether Democrats were onboard.”

This was similar, he said, to the passage of the Affordable Care Act by Democrats during the Obama administration, where the party in control was able to support a long-term priority without the need for bipartisan support.

Another new precedent was Republican tolerance for higher deficits. “Republicans didn’t blink about adding a trillion and a half dollars to the deficit. A tax cut of that magnitude ... is kind of new ground for Republicans.”

He noted that Republicans were also willing to provide more tax cuts for businesses than for individuals. “That, again, upended conventional wisdom.” In addition, he pointed out that Republicans made the corporate tax rate and other benefits to business permanent while the individual provisions are only temporary. “They could’ve easily reversed those.”

Another precedent was Republican attitudes about dynamic scoring to measure the impact of proposed tax legislation. “After the score that they got, I don't know that they’re going continue to push that,” he said. The possible “weaponization” of Congressional parliamentarians to block proposed legislation was also a new development.

Perhaps the most important precedent involved lobbying. “Speed kills lobbying,” Gimigliano said, explaining that from first review of language to sending the bill to the president for signature was only 47 days. “This bill was done so fast that the lobbyists could never really lobby it. That was not an accident.”

Where do we go from here?

Gimigliano was clear that changes are coming for the TCJA. Additional explanation and clarification will be included in a “Bluebook” published by the Joint Committee on Taxation. Some areas will require enactment of additional law; technical corrections may be needed to clarify the law where Treasury does not have adequate authority; and substantive changes may also be made to the law to clarify, correct, or modify the bill.

However, most changes in taxes between now and 2020 will be driven by politics. As Gimigliano explained, tax policy and politics are the really same thing.

But in the Senate, Republican Chuck Grassley will serve as chairman of the Finance Committee. As a result, Gimigliano doesn’t expect a lot of new tax changes to emerge from Congress between now and 2020.

Despite the current partisan divide, however, Gimigliano was optimistic that a number of measures might attract support from both parties.

For example, new legislation might include the Retirement Enhancement and Savings Act (RESA), a bill designed to increase access to retirement accounts among small businesses by making it easier to join open multiple employer plans (MEPs). Discussions might also include IRS reform bills, and tax extenders (now retiring) related to healthcare, the CFC look-through rule, and TCJA items. An infrastructure bill might attract bipartisan interest, although there is currently no agreement as to funding. middle-class tax cuts and other improvements to the TCJA might prompt other actions.

Gimigliano was also confident that the Democrats will pass a House bill in response to the TCJA. Even though they know that it wouldn’t get though the Senate, it would still serve as a public and very political statement about their beliefs and why the voters should give them complete control of Congress in 2020.

He added that if indeed the Democrats have a clean sweep in 2020, the new president still wouldn’t be sworn into office until January 2021, and a new tax law would probably take a year or more to write and be enacted. “We're probably talking 2022 or maybe even more realistically, 2023, until we could see some major changes in the TCJA.”